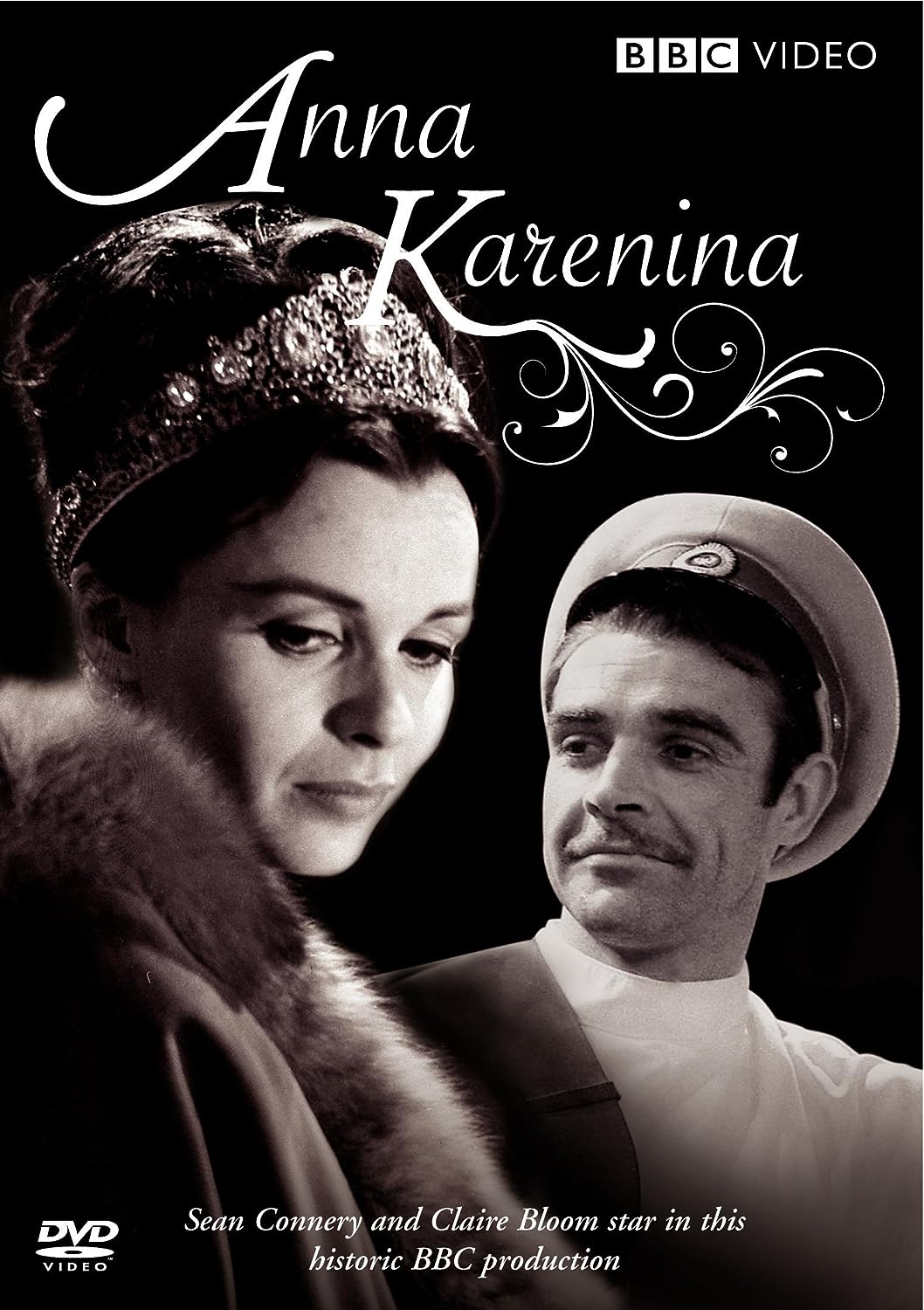 Leo Tolstoy's 1878 novel gets the BBC treatment in this stately adaptation, broadcast a year before Sean Connery's iconic debut as James Bond in Dr. No. The famously doomed affair begins when Count Vronsky (Connery) meets Anna Karenina (Claire Bloom, The Haunting), Prince Oblonsky's sister, at a Moscow train station. She's married to diplomat Alexei Karenin (Albert Lievin), but the attraction is instant and Vronsky is persistent. Further, Anna is unhappy in her union with a man her brother (Jack Watling) considers "cold as a pickled carp." She does her best to resist Vronsky's advances, but a relationship eventually ensues. Once Alexei figures out what's going on, he forbids her to see their son until she breaks with the count. Instead, she leaves him to become Vronsky's mistress, much to the disapproval of St. Petersburg high society. As Alexei tells Oblonsky with disgust, "She reeks of passion." As much out of humiliation as anger, he refuses to grant her a divorce, and an awkward arrangement takes a turn for the worse, leading Anna to believe that half a life is no life at all. Dozens of actresses, including Greta Garbo and Vivien Leigh, have taken on Tolstoy's heroine over the years. While the definitive version of his text has yet to materialize, Bloom offers one of the finer interpretations, and Connery broods and smolders handsomely. This DVD eschews extras and includes the following disclaimer: "Due to the archive nature of the material, the sound and picture quality may vary occasionally." --Kathleen C. Fennessy

Anna Karenina (Bloom), the young wife of Russian diplomat Karenin (Goring), is on a mission of mercy to help her brother Oblonsky patch things up with his wife after an injudicious affair, when she meets the dashing soldier, Vronsky (Connery). Anna is soon swept off her feet by Vronsky and begins an affair of her own. When Karenin finds out, he offers to forgive Anna if she will leave Vronsky, but she refuses, a decision which will have tragic consequences. Tolstoy's novel of infidelity and its haunting aftereffects has been adapted for film many times but none so moving as this deeply poignant, neglected gem.